One of my earliest memories is gleefully slamming a small wooden sugar bowl onto my mother's living room coffee table. Perhaps there is a photo of this, or maybe I am able to remember it because of some quirk of pre-cognitive dissociation. Regardless, there is a series of small semi-circular dents in the end of the polished and otherwise perfect table. Divots that remind the world that I was here. Etchings for the future anthropologists to analyze. 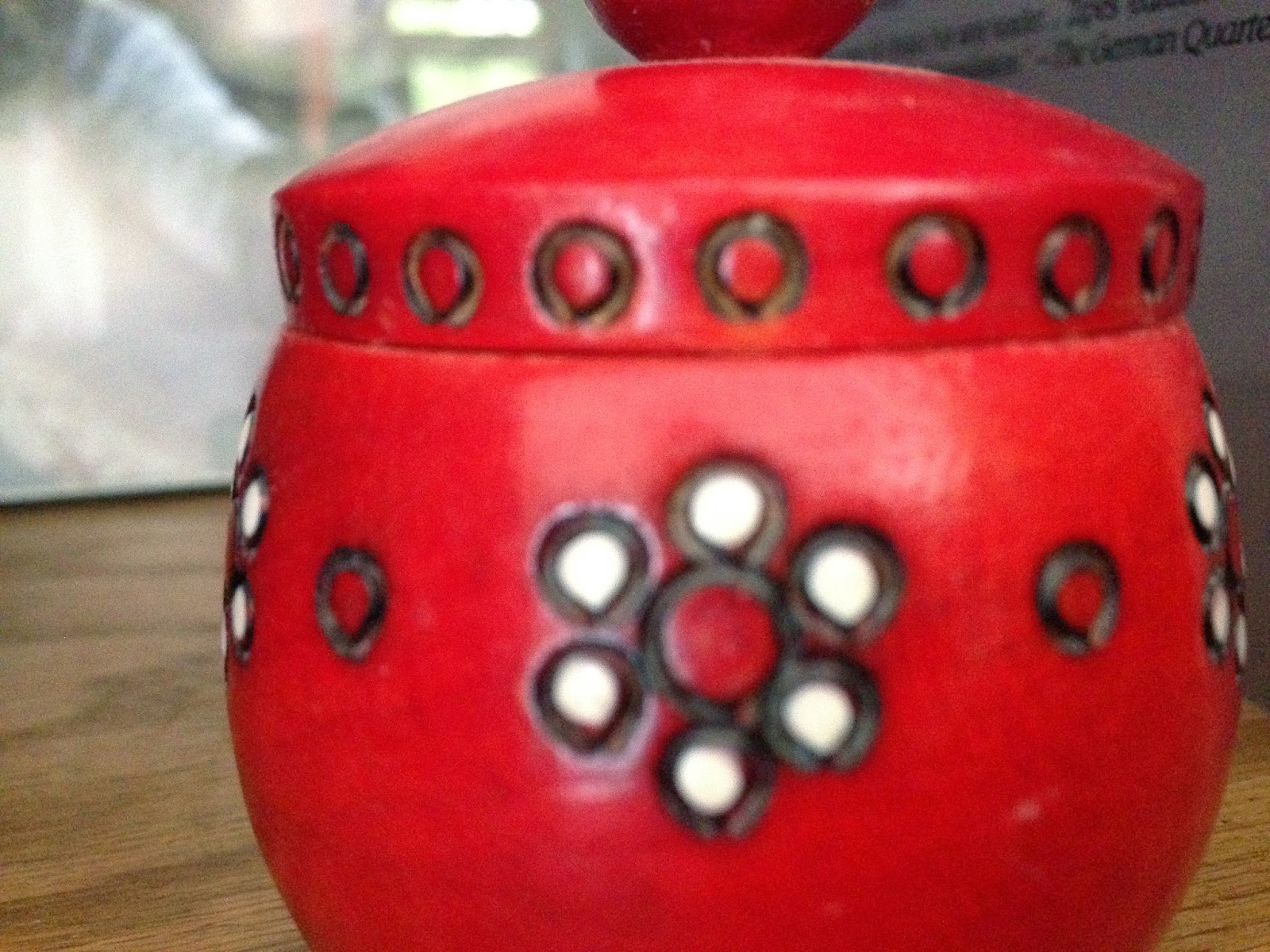 Nearly one year ago my husband and I took off our wedding bands and placed them into the sugar bowl. We made a pact to throw them into a volcano together at some point in the future, when our emotions were a little more stable (and within throwing distance of a crater). I put it on a shelf in the living room, amid the books and other flotsam and jetsam that floats into my life. My decorating style has been lovingly described as “shipwrecked,” and so this seemed the most logical resting place. Temporary. Safe. A subtle reminder to me and an innocuous spot for everyone else.

Divorce is a sad thing, no matter when it happens, no matter how much love still exists between two people. And after months of worrying the spot on my finger where I used to worry the ring, I would occasionally take it out and roll it over in my hands. Try it on. Remember just long enough to want to forget. Then I'd place them back into the bowl and carry on, as though the day were the same and the emotional cloud over the sun had drifted past.

I remember distinctly the last time I held the rings in my hands. The sun was shining in through the windows as spring peeked in. The diamonds sparkled in the last rays, and I cried a little, thinking of all of the magical healing waters I had swam in wearing those delicate little tears. The warm, Pacific waters surrounding the honeymoon Hawaiian islands. The mineral hot springs. The bathwater of the Gulf. I remember thinking I should move them, maybe put them away in a safer place, and then thinking again that the sugar bowl was their home.

Tuesday, when I returned from a weekend of work and a day of vacation, I discovered they had been stolen. Someone broke into my home and stole several things, mostly electronic devices I didn't care much about. But when my eyes fell on the sugar bowl and I saw the rings were missing? Something inside me broke... that thing that has been trying to heal or ice over since last May, that thing splintered and cracked again.

I understand that I'm divorced, and that the rings were a symbol of something that no longer exists. I get that the universe would like very much for me to get over this simple fact. But losing those rings seals off both the promise of what was and the hope of letting it go in my own way, in my own time.

Now instead of offering my history, the times spent in healing waters to Pele or some other goddess of fire, they're on their way to a pawn shop or the swampy depths of Craigslist, to be resold or melted down and scattered into new pieces. Some other woman will wear my ring, unaware of the stories it holds.

Worse, it will likely be separated from its mate, as I have been from mine.

The universe, she works in mysterious ways, on a timeline that is governed by gravity and space, not my feeble little heart.

Now that sugar bowl is empty, yet again. Hollow. Full of nothing but memories. Covered by dust.