La Frontera: A Cultural Comparison of Boundaries (and bulls#it)

I attended an insightful presentation once at The Colorado College. It described the differences in perception of borders and boundaries based on linguistic criteria. To simplify, we talk about the geographical limits of countries as "borders" while in Spanish they refer to this as La Frontera or "the frontier."

One sure seems a lot friendlier than the other.

Or at least, that's what I used to think. I used to think that borders and boundaries were about keeping certain things IN and other things OUT and that the "frontier" was the undiscovered country. I got very ethno-un-centric and romanticized a culture that thinks that strangers are just friends they haven't met yet. But I'm not entirely certain that this is what is meant by the frontier. And I'm not so sure it is unromantic to define certain things as in and others as out.

Case in point: my first lesson in boundaries. When I was about three or four, my progressive if not hopelessly fearful parents decided to tell me about where and when it was appropriate to be touched and by whom. Bathing suit area: totally off limits to everyone, kisses limited to parents, grandparents, and siblings, and hugs only if I wanted to hug the person and never if I didn't.

Fast forward a few decades and I read a number of self-help books, most of which described how this same bathing suit rule applies in emotional circumstances: you get to decide who hurts you. This was novel. I sort of assumed that there were evil people out there, lurking, hoping to inflict emotional harm and sadness. And the suggestion that other people emotionally damaging me was somehow my fault? That didn't sit well.

The idea that I had any role in my own emotional suffering was infuriating. In part, because it was true. Those people who said they were my friends, but only came around when they needed something? They were just suffering, they weren't trying to hurt me. I was rescuing! Because I was a good girl, a good friend, and a HERO!

Or, possibly, I was just yelling across the frontera and into the abyss. I was casting ropes and launching search parties only to learn that those I was trying to save didn't want to be saved. They wanted to suffer, to stew, and to offload their pain onto me. But they had no intention of offering support in return because they couldn't. When you're on the bad side of life, you can be the best person in the world and yet you are utterly useless to others. You simply cannot rescue a drowning man when you are drowning yourself. That's the first lesson I learned in lifeguard training.

And so I have built walls around myself (don't worry, you're invited to the "inside" club)! The walls are short and easy to reach over. But if you continue to jump ship I cannot continue to reach for you. All I can do is send you my love. Whisper my blessings for your journey. Allow you the space to traverse the lesser-known places, the outside, the frontier.

The Grudge: Fear and Grammy Baggage

Sometimes on quiet nights I think of my grandparents. This is partially inspired by my father's bulimic interest in genealogy: frantic searching and categorizing for a month, then nothing for years. Recipes and wine-soaked wonderings of the great beyond round out the pie chart of grandparentish inspirations, with one sliver left over: The Grudge.

If your inner cinephile is thinking of this:

Take a moment and regroup, pocket that for later.

My grandmother was notorious for her intense, impenetrable grudges. As an example, despite the fact that my mother is a software engineer and could create things like the internet (in which I'm sure she had a part), she keeps her addresses on index cards just as my grandmother did. This is so that when she sends a Christmas card but does not receive one in return she can DESTROY the card and never think of that so-called friend ever again.

(Just in case my mother is reading this, I need to include full disclosure that she does not abide by the entire procedure... I can personally attest that it takes several years of no return card/email before she will strike you from the coveted card list).

In a similar and more striking vein, my most vivid memory of this grandmother was not her cookies or her spit-shined floors and ceilings, but the day she pulled me aside to dish out her secret recipe for The Facts of Life. No, I'm not scarred by the graphic or clinical description of birds and bees. Instead, I'm haunted (recall The Grudge?!) by this sentence which she burned into my hippocampus and the backsides of my eyelids with her laser vision:

"If you get pregnant before you turn 18, I'll kill you myself."

A retired ER nurse, my grandmother's sensibilities had been eroded by decades of teen mothers and the deplorable circumstances that beget teen mothers. Whether it was society, lack of parenting, abuse, ignorance, or the imbalance of power, teen parenthood pissed my grandmother right off. She didn't want that life for me, most especially she had not worked so hard in her life to protect me from those very circumstances.

I think of this grandmother alongside my own interpretation of the yogic niyama of isvara pranidhana. Most people translate this as "surrender" or something so complicated it doesn't make sense to me. I translate it as "surrender of the attachment to the outcomes of one's actions." Which perhaps is simply a complicated way of saying surrender, but I think it is rather different. For one, when I think of surrender I often think of defeat, retreat, and being boarded by pirates. Given my ancestry of severe grudge-holders, surrender is not something I do lightly. But I have found some solace in the idea that I can do something nice, with my best effort, and then walk away without recognition. 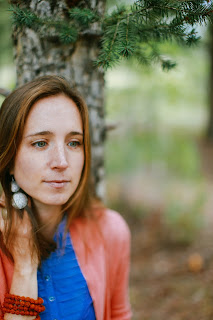 To me, isvara pranidhana means giving a gift because I think you need or deserve it, not because I want
a thank you card.

It means acknowledging the person serving my food because they are a person, not so my date will think of me as an ultra-nice, totally confident person.

It means visiting my grandmother's grave because I never got past the love-threat, but it's the best I can do.

It isn't a license to be careless, to throw your garbage into the sea, to shoot daggers across the internet. It is an acknowledgement that you've done the best you could do.

The Grudge is the enemy of surrender.

How long will you keep score?