Someone asked me this morning what I would write about Paris.

I have no idea. I didn't realize Paris was on my to-do list today.

I have a surprising number of things to say about Michael Jackson and pumpkins (not together), about loneliness and the uncanny resemblance I bear to Eeyore this morning. But apparently, that's not what you want to read from me.

As someone who only started traveling internationally in my 32nd year on Earth, Europe hasn't made it onto my passport yet. I know precious few things about France in general, despite my mother's insistence on pronunciation and my early infatuation with Bizet's Carmen.

(I think it was the strong female thing. Or the sex work thing. Another essay, I'm sure.)

What I know today that is different from what I knew yesterday, is that none of this is about France, and that if I all of a sudden start binging on trivia, I'll do no one any justice. Even though I'm really quite good at memorization, no amount of study will reanimate anyone who shuffled yesterday. No matter how deeply I dive into the media frenzy or the social media melancholy and group shaming, it won't make a lick of difference.

All I can do is change me.

This is one of the things that happens when we try to change the world by changing other people - it never ends well. It doesn't change them, it rarely changes us, and everyone gets rather huffy. Sometimes people act out, and when those who want to act out have access to high-impact technology, like weaponry or the internet, we have big waves to surf while we wait for the tide to settle in again.

One thing I've realized in the last couple of years, is that I'm actually capable of anything. And I don't necessarily mean that in a good way. I used to say things after "I'll never..." and I thought that I meant them, but in fact, I did not. "I'll never be a doula, I'll never own a yoga studio, I'll never get a divorce... " Three strikes, and those are just examples I feel cozy publishing on the internet.

I was recently at a retreat where someone told me they visited a place where it is incredibly rude to say "no." If you want to indicate a negative response, the best you can do is say, "not yet."

Are you a doula? Not yet.

Are you divorced? Not yet.

Are you a terrorist? Not yet.

This is powerful. Because when you think, "I would never commit acts of such violence," you're being rather presumptuous about yourself. I am guilty of incredible violence, most of which I have directed at myself. But I am not my behaviors, neither the ones I'm punishing myself for nor the punishment. I'm made of stardust and so are you, which is excellent news. I can choose to stop hurting any time, choose to turn off the TV any time, choose to stop shaming myself for thinking the hundreds of negative things I think before breakfast. And then, once I'm off the couch I can walk outside and be present with the next person for a minute.

I do this every day, with every extra ounce of pixie dust I have, which most days is just a speck. I do it one hundred thousand times a day, because that's where I am. You might be surprised to learn that I spend a lot more time cowering on the bathroom floor than one might expect, or cemented in between the layers of blankets on the couch. One half of my personality is always nudging the other half to move or to hold still. To love or to fear.

This is why I practice yoga. For one hour a day, whether I'm moving or holding still, wailing or flailing, I'm practicing remembering that thing I seem so apt to forget:
I am already perfect.
I am responsible for myself, which includes my own suffering and my own happiness.
I must put on my own life preserver before helping others.
My commentary about other people is a waste of everyone's time.
My love is contagious.
So is my fear.
I am already perfect.
(so are you). 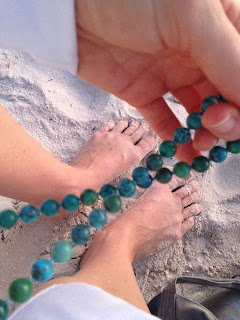 The Business of Yoga

I'm sitting down to refresh my lecture on The Business of Yoga.

It has changed in recent years.

Sure, there are things to know when migrating into this industry, like reasonable expectations for payment, various credentials and opportunities for continuing education. I'm sure these things are helpful to know, and they make up the vast majority of my "lecture."

The longer I'm in this "industry" the more I realize - recognize - reveal that the Business of Yoga is the same as the business of anything else. The people "at the top" are just people, with bright spots and shadows. Sometimes they're there because they worked hard, or because they knew the right person, or because they slept with the right person. Their credentials or time in service tell you very little about who they are as a teacher. As my ex-husband used to hear in nursing school, "C's make nurses."

We do not buy credentials, we earn them.

I'm saddened by the number of us who were raised with star charts. Not maps of the sky, but lines of boxes where we got to add a star for brushing our teeth, for turning in our homework, for having reasonable behavior. Incentives for good behavior make us expect a reward for good behavior, and I'm afraid that many of us still think, incorrectly, that having more stars makes us better.

My parents are both PhDs. They have two bachelor's degrees and two master's degrees a piece. BUT they earned these degrees because they were legitimately interested in chemistry and physics, not because they wanted more stars on their charts. I have a master's degree because I felt like it was an expectation - like I wouldn't be worthy of love (or employable, which is virtually the same thing) without it.

If you believe that I am a yoga teacher, then I want you to know that I want you to care more about my private life than the initials after my name. I want you to know that I ate a bag of chips for dinner last night and that - so far - I've resisted the urge to have a cup of coffee today. I lay down halfway through my asana practice yesterday, and I meditated through tears rather than sending a vile email earlier this morning. Yoga is a practice for me, not a badge. And my life isn't unicorns and rainbows - it's a daily struggle with depression and anxiety. It is a delicate dance with addiction.

It is one day at a time.

My credentials cannot tell you that - but paired with the training I've received comes the practice I have implemented. The synthesis of the material. I've never stopped learning, but the lessons I've learned recently don't come with a certificate to hang on my wall.

Neither, my darling, have yours.

If you seek to be in The Business of Yoga, you have an important choice. To business-ify yoga, or yogify business.

I believe everyone should take a yoga teacher training, because through this process you learn more about yourself. I don't believe everyone should then teach asana classes. Instead, I believe the world would be better if we all took that practice into daily life. If we set the masks of credentials to the side, dropped the curtains on the real story and met one another as we are - a collection of stardust, entangled by stories of this life and the last.

That. That is the business of yoga. 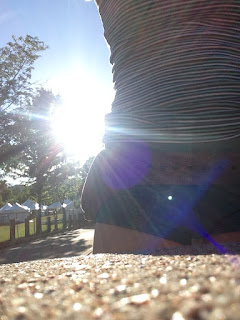