In the tormented weather of the USAFA, there is always an eye of stillness over the cemetery, as if God is holding her breath

(Or at least there is every time I've been there.)

Eight years ago tonight you watched your final sunset – or maybe you missed it – maybe you were watching cable or still at work. Did you know that you would soon join the darkness that was rolling in around you?

Tonight I watched my shadow hold vigil above your grave. I watched it get taller and merge with the shadows of the forest around the artificial clearing. The memorial section forbids flowers and flags – any visible token of memory, as these service members died in service, and in uniform they remain. Forever, together, separated only by the thin whispers of time between the dates on their headstones. Their weapons and likenesses etched and cast in stone. It is comforting to know that they are with you each night, the trees and dwellers within them, your fellow men at arms – that you will never again face alone the darkness who drowned you.

I snuck in an espresso for you, poured it into the earth, hoping that the flavor might somehow trickle into your ashes – knowing full well that it won't. But maybe it will mix with my tears, the deer droppings and the wind and some day a molecule that was once you – that became me - will rejoin the surface of the earth. Maybe it will rise from the roots of the trees who surround you.

Maybe I will live to see it.

As I struggle to sleep at night, to pull myself out of bed each morning, to rest peacefully, I occasionally think of you. I'm grateful you don't have to work in support of this administration – or live with us beneath it's oppression. Your spirit is with the deer people now, which is, perhaps, the safest place to be.

Hearts are funny things. Mine seems to be well-tethered to the men I've loved, keenly aware of their movements and subtleties. The cords that tie me drag me down and lift me up, while also pulling my attention to the four directions – the four chambers of my heart.

I have a name for each of you – a need for each of you. An unanswered question in each chamber that keeps my love alive, even when I wish it would simply fade so that it would not keep me up at night. I don't have room for any more – my heart is full of stone - relics – stuffy emptiness - shrines to those departed through death or choice. Those dwelling in caves and tombs.

You died eight years ago tonight, dear Jon, and by now it must be time to rest. There is irony in knowing I can never call you, never hear your voice, never feel the warmth of your presence, and yet I know exactly where to find you. You've done all the leaving you can do, and the rest is up to me.

I'm taking the reigns of this cord, in this section of my life, and asking you to become an inspiration – to lift me up – to guide me in matters of life and heart. To guard me against the darkness that calls to me, that engulfs me each time the earth leans away from the sun.

Because I am not done living yet.

Because there is work to do.

Become the air I breathe – the words I speak. 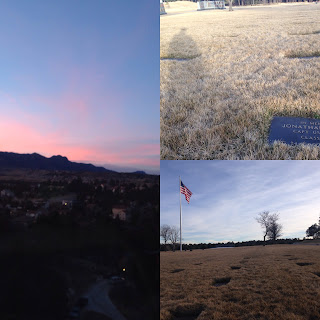 Five years ago I was full of hubris – the overconfidence of my youth glinting in the sunshine as I basked in the glow of a steady marriage, financial security, and a president who had a lot of good years left in him.

My, how things have changed.

As I write this, I'm alone in my Joy room, overlooking the twinkly lights in the canyon, a helicopter hovering in the distance like the Star of Bethlehem, a bed full of notebooks and journals and iProducts. My roommate is downstairs cooking something amazing, but I'm otherwise fully wrapped up in the aloneness as my ex-husband wakes up in Taiwan, Peter wakes up in India, and the other relevant men in my life prepare to depart into their own spiritual journeys to the Far East.

I felt quite lonely yesterday morning as I put finishing touches on yet another email to end all emails. Probably one I won't send, because it always feels risky to bare your heart and soul, say what you mean, ask for what you want.

I don't like admitting that I have needs. I'm some kind of maniacle endurance athlete who tries to deprive myself of love, food, rest, fun. It was about five years ago that I started to punish myself in as many ways as possible, which is ironically the same time I started teaching yoga full time. I'm embracing that hypercritical nature I seem to have, where I advocate that you spend some more time and money on yourself – that you let yourself sleep in and treat yourself to a massage or a cup of tea while I figure out just how much more work I can do so I don't have to think about how alone I feel.

Which is my own fault.

A few days ago a friend posted a quote on instagram that caught my eye – she said it was a question her father used to ask:

This is going to require a sizeable shift.

Yesterday I burst into tears in my therapists' office. Like literally burst. That has never happened to me – ever. Normally there is a surge of emotion that I try to swat away or push down, or swallow back into the dark hollows, but this? This was a tidal wave that came without warning.

Crying in front of strangers is progress, yes?

Taking a moment to feel emotions and let them move through, rather than sitting tight.

This is not a year for clenching.

I've spent a significant portion of the last five years in despair. While the world got softer, I closed in, destroying relationships in every way I could think of. No matter what happens in the world, the White House, the remaining chambers of my heart, I am not willing to spend another five years mired in the darkness, catalyzing destruction.

In five years I will be five years older, five years stronger, five years better. I burned up the cushy years feeling sorry for myself, dissociating from my body, resenting my story. So I feel quite confident in telling you that it's not worth it. I've been down in those caves, and while their siren's song is tempting, it's really just a fancy black hole without friends and fellowship.

A dangerous person is driving the national bus, yes. But he's not driving your bus. You are. Not your children or your partner, or the people in the magazines and billboards who live in a fantasy world of perfect lighting and post-processing.

In five years, we will be one year into a new presidency, the softer times will come again.

So let's prepare for that now – today.

A catalyst for good.

So if this inaguration makes you want to escape, do it. But don't do it by drinking or accidentally marrying a Canadian, by beating yourself up in the very special ways that only you know how to hurt yourself. Lie down. Turn off the things. Notice where you are.

Is there a floor?

Then something is going right.

We the people are here to form a more perfect union.

But let's start from the inside this time?

Rather than fixing them, let's heal us.

Now begins the practice of yoga. 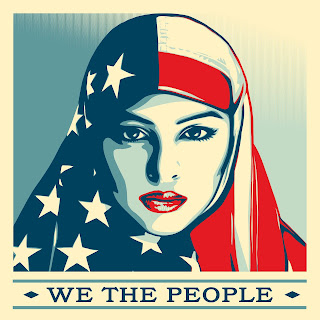 SaveSave
Posted by So'ham at 9:52 AM No comments:

Hail to the New Year

I woke up at 4:00 am (again), and after an hour of practice and an hour of writing, I opened Facebook to see how the world is bidding adieu to 2016. Some are happy, most are mourning the things we lost in 2016, like Prince and Bowie and Reason. Some of you birthed babies this year, some of you lost intimate relations, and some of you are drowning in a sea of grief.

While I didn't birth a baby or a book in 2016, I made a significant number of mistakes, several of which I'm still learning from. My yoga teacher friends keep asking me, “What is the lesson in all of this?” and I want to both thank them for asking, and hit them with my car. Because some mornings the lesson is that I have survived things I did not anticipate surviving – yay me! And other mornings the lesson is that the world has added a few bonus pitchers to the mound, and I simply cannot keep up with the swinging and avoiding, and I keep getting hit – hard – in places that haven't healed yet.

What I wouldn't give for a slow-mo button on life tonight.

Instead, I remind myself that I came here, to this exact moment, in this exact ocean of grief, with these exact tools to prepare me for what is next.

When we heal from suffering – when we remember that pain is unavoidable, but suffering is a choice – we become present for the rest of the people. We become a lighthouse.

I feel that tonight.

Old, beaten by waves. Sundamaged and a bit weather-worn in a few key places. But my light is still shining, and if I can guide your ship to shore or give you a beacon of light when you are floating in the oceans of grief, or allow you to swim with direction away from the sinking ship that you've been holding onto for dear life? So be it. I cannot save you from the weather, from the unruly waves or the undertow, and I cannot force you to leave the thing that is pulling you under.

Let's take turns in 2017, ok? Let's share the wealth when we have it, ask for help when we need it. 2016 has taught me that pride is indeed a deadly sin. That solitude can be medicine, and isolation poison. That love can exist in a vacuum of trust, and that it doesn't always make sense. That I have a lot to learn, and a little to teach.

The Lesson has two sides, if you ask me. Two paths. We can become angry, resentful, and bitter – and that is ok. And when we're exhausted by the negativity, the loathing, the second-guessing, we can turn our backs to it and look towards the light.


Second star to the right, and straight on 'til morning. 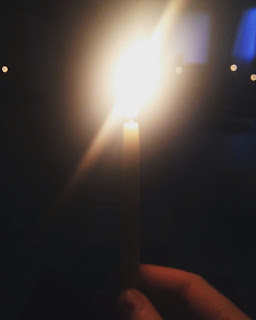