I get really irked by the known things, more so than I should, given that they're "known." Death and taxes. If you've known me at all in my personal life, you know that it takes a heaping helping of coddling for me to do my taxes every year. It shouldn't, I'm not trying to hide anything, and there's nothing terribly complicated or exciting, but the grueling work of sitting down and crunching the numbers inspires a tantrum in my inner toddler.
Death does the same thing. It is as inevitable as birth. We know the curtain must fall, and yet when it does on those we love (on those I love) I find myself grieving the end rather than celebrating the show.
My friend lost a brother yesterday - suddenly, as though the suddenness matters more than the loss - which it doesn't. But we always qualify a loss as either 'expected' or 'sudden' even though I've never been able to figure out which is worse. I mean, we all knew it was coming, right? As surely as I know that next April I'll sit down with a box of Newman O's and a Venti whatever to pacify the angry toddler within, we ask as though this qualifies or lessens the blow of the curtain.
No matter when it hits the stage, it is always too soon.
And then we need to know how, but we know the answer there, too. The heart stopped. The breath stopped. The mind stopped. Did the soul carry on? Did it wait to say farewell, or did it slip out while you were in the bathroom?
Where will it go next?
I take comfort in the entirely bizarre idea that my grandmother was reborn as my friend's dog. She had a hard life last go round, and I can't imagine anything better for her than a life of ease and comfort. It brings me peace. I always wish people, pets, animals on the street and people lost in the freakish human events a favorable rebirth.
Which, I'm afraid, is all we can do. Some people pray, others meditate and hold space. Others drink and throw rocks at raccoons because there isn't A THING that we can do, other than the THING that feels like the RIGHT THING or the ONLY THING. The hardest part, the saddest part is that no right thing exists. Whether our prayer is within the context of faith or the desperate act of eating all the Newman O's, it is what we have.
And it is perfect.
Grief takes many forms, and it ricochets between the basest, ugliest qualities of our humanity and the tiny sliver of grace which always exists somewhere within us, like a sharp or soft beam of light that pierces the clouds above the sea as the storm passes over.
So today, tomorrow, as the days pass I'll wish for my friend's brother a favorable rebirth.
And a glimmer of grace for those he left behind. 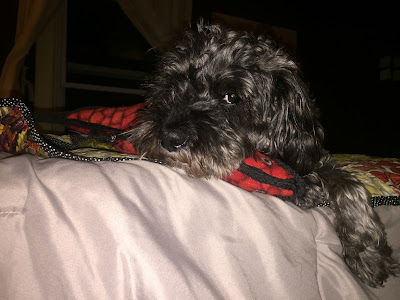