What You Should Know

Jonathan Christopher Bayless was born on Christmas Eve to two parents who loved the beach. While I don't know much about his time in high school, I know he must have been smart and was a talented singer, as he received a recommendation to attend the Air Force Academy. I met him there in 2000 because he was part of the show choir, and friends with my boyfriend at the time. Not only did he have a voice, but an ear for music. While I can't say for sure, I'll bet his best memories were scuba diving in the Cayman Islands. He studied English at the USAFA, and joked that he had a BS in English (which is hilarious for two reasons). He was also a talented pilot, who made the cut for fighter pilot training. 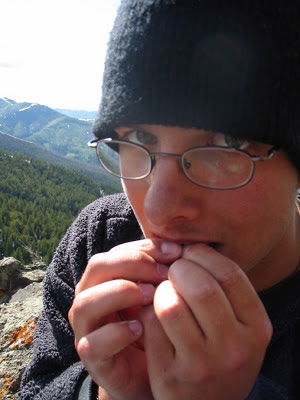 After he graduated, we took a road trip across the country and he taught me how to camp, how to fish, to play gin rummy, and how to relax for a few weeks. He showed me his stomping grounds in New Jersey (the pretty part) near Princeton, where the heat of the summer was greeted with tradition and NJ personality. We watched the fire works on the 3rd of July and spent time on the beach. He took care of my sunburn.

We stayed for one night with his father, who took us to dinner at the local country club and then brought us home to watch Rosemary's Baby. Later that night, his dad got so drunk that he started toppling furniture throughout the house. Jon didn't bat an eye, he just tucked me in and told me to lock the door behind him as he went out to try to wrangle his father back to bed. I could hear his quiet voice, his caring, his heart breaking. I could also hear that he'd done this a thousand times before.

Jon went to pilot training in Enid, Oklahoma a Godforsaken place that feels like wind and smells like loneliness. He was doing well when his father passed away, suddenly, as a result of his alcoholism. I met Jon back in New Jersey and helped him sort through the belongings, the office, the legalities, the stuff. I stood next to him at his father's wake because he didn't think he could face these people alone. There must have been more than 600 visitors who told Jon how proud his father was of him, which is something I don't think he had ever heard directly from his father.

After his father's death, Jon realized that life is short and he didn't want to spend his flying fighter planes, he just wanted to read and write. Instead of pushing him into one of the six journalist-type positions available in the Air Force or Tops in Blue, the vocal ensemble, he was reassigned to missile duty and moved to California. I moved with him.

It wasn't the best year of my life, but I did learn a lot during that time. We lived in a tiny apartment in Santa Maria, which is to say, the armpit of California. We hiked and ran different trails every Sunday, saw shows in LA and movies in San Luis Obispo (including Garden State, which was totally crazy because Jon looked like Zach Braff, was from New Jersey, and had just dealt with his father's untimely death). He wrote for the base newspaper and sang in a small ensemble for ceremonies and funerals. He volunteered at Memory Walks with me. We trained to be disaster response volunteers with the Red Cross (because it was across from our apartment and seemed like a good way to spend some Friday nights). We went to Solvang, Pea Soup Anderson's, and Neverland. He was the best roommate ever.

Even though the Air Force had made his life difficult on numerous occasions, he made it to work every day. He ironed and starched his uniform every morning before work. He followed the rules.

He taught me the following things that year:
1. To run a 5K (which took me months and months of run/walking).
2. To drive a stick-shift (badly, without obeying traffic laws, on an Air Force base)
3. The nuances of all zombie movies that had been made to date.
4. That I do not look like Cillian Murphy, even if he swore I looked just like him.
5. How to drive a stick shift VW GTI through the Korean part of Los Angeles.
6. To love Trader Joe's.
7. To boldly drive where no one has gone before to find a new running trail, even if that meant Bakersfield, where we were shot at, or a forest of poison oak, or the Montana de Oro State Park, which is absolutely breathtaking.
8. To play the guitar (badly).
9. To play Dance, Dance Revolution, watch internet cartoons, and hockey games.
10. To stick to my resolutions and not cave in. 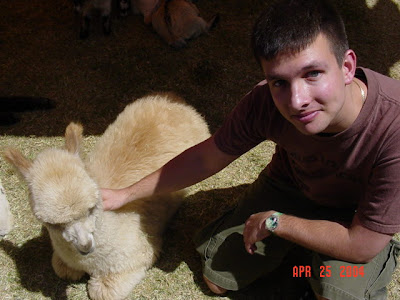 When it was time for him to move on from California, he had four choices. I told him I wouldn't go to Minot, and he chose Minot as his first choice.

Our relationship ended by default. We were amicable, and still exchanged gifts for a couple of years. The first year I lived with my husband, he hadn't gotten me anything for my birthday, but Jon sent an enormous basket of fruits, healthy snacks, and fun. So I guess you can say he taught my hubby the importance of remembering a birthday.

I guess there's a reason I don't write obituaries, because this is long and drawn out. But what I wanted to say, and what I wished the world would hear, was that Jon was a very kind person who had an enormous heart. He was and is loved and left footprints on the Earth. He was honest and kind, and died too soon. 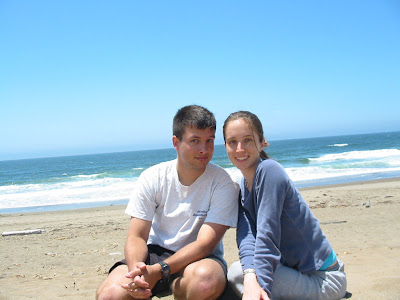 May you be free of suffering,
May you be happy,
May you love and be loved,
May you find the healing that you seek,
May you be at peace.
Posted by So'ham at 12:39 PM