I'm Always In this Twilight

This week has been the strangest week of my life.

My week starts on Monday (do you start your week on Sunday or Monday?), and this one brought a heat wave and a ton of anticipation. Wednesday was the one year anniversary of the day the Waldo Canyon Fire came down into the city and we evacuated, and Tuesday was the two week anniversary of the start of the Black Forest Fire. If you've ever lived in a town sandwiched between the memory of fire and the stench of smoke you can likely appreciate the stress we felt as a collective.

Added to this silliness, my perpetual fascination with getting pregnant was a recipe for a swampy mid-week of melancholy, and I knew I needed to prepare myself for the impending meltdowns. In my Monday Madness I said a flippant little prayer asking to be relieved of this complex neurotic burden of inner turmoil and outer, well, fire. 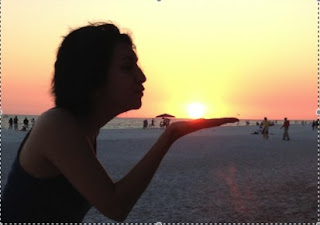 So Tuesday came with sweet dreams and devastation. News of Jon's death rekindled the grief and sadness of a relationship lost, called to question how and why our friendship had faded in recent years, and the sacred postmortem speculation (was it an accident - a conspiracy - a relief - could I have stopped it - can I solve the mystery now - If I had been there everything would have been different).

This is part of my mourning, I know.

I'm a fixer, but there's quite little I'm able to fix about death, despite my efficiency, my effective worry.

Tuesday I wept on a grave.
Thursday and Friday I saw two new babies come into the world.

I've always said my religion is physics, mixed with a touch of Buddhism, but in the last week I feel somehow less alone. Never have I been so close to someone who has passed on, and I think before this week I would have said that I believe the matter and energy that makes us up goes on to reincarnate as something... like a cactus, or an orca, or a tablet of penicillin. My sense of consciousness has always been that it survives so long as the memory of the person survives, and beyond that, maybe it becomes cosmic static or something. Stardust.

But I feel differently now.

Maybe I have to.

If you know me, you know I call my male BFF my "second husband" and my husband's BFF my "third husband." But you might also notice that I don't call my husband my "first husband." I've never thought of Jon as a husband, because we never even discussed the idea of marriage, but now I feel this loss that is so profound and intimate... there is no opportunity to grow up and share what I've learned, or apologize for the mistakes I made, or ask for forgiveness. Especially if consciousness breaks apart and scatters into the four winds. 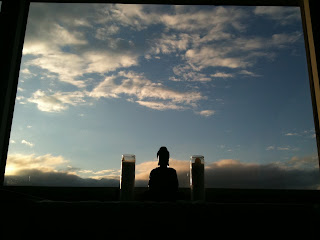 I have to believe that something survives, and that it survives beyond our collective memory. Chains of coherence, drifting through the cosmic mist. Surfacing in dreams.

Reborn each time a cactus blooms, or a new baby is born.

"I took the stars from my eyes
and then I made a map,
And new somehow
I could find my way back."
~ Cosmic Love, Florence + The Machine