I have choked down a lot of shit in my life – including, but not limited to, my weight in spirulina and spirituality. I've dished out quite a bit as well, like unsolicited advice, opinions, and Creative Ways to Cut Dairy based on the moral superiority I assumed as a quasi-vegan for several years.

After three years of veganism and one year of infertility, I started seeing The Specialists. Not the Western docs who said I was fine, hearty, iron-filled blood, exceptionally low cholesterol, and bright, glowing skin, but the “alternative” specialists, who've been at this game a bit longer. Ayurvedic and Traditional Chinese Medicine practitioners. The ones who looked past the labs and into the dark circles under my eyes, my rampant hair loss, my truly horrifying tongue and said – you're at death's door.

Now, before you get high and mighty and call me a salad and french fry vegan, let me assert several things. I'm exceptionally well educated about nutrition and followed the advice of several very well known, published, medically credentialed professionals, including:
- cooking with a cast-iron skillet
- eating whole-soy products like tofu and tempeh on a daily basis
- eating seeds, nuts, green leafies, berries, veggies and even mushrooms
- avoiding caffeine, sugar, processed foods

And in full disclosure, I wasn't a “true” vegan because I ate eggs once or twice a week. I ate so much I actually gained weight, something my body has resisted for essentially my entire life.

For the first thirty years of my life, I managed to avoid the disordered eating behaviors that were so common to my friends. I've always loved food, cooking shows, recipe books. I'll watch someone cook something that I would never consider eating because I'm so fascinated by the process, but as far as I know, PBS marathons do not constitute disorders.

Then I became vegan(ish).

And for the first time, I was truly hungry.

And so I developed an eating disorder.

It started slowly, in an effort to make sure I was getting adequate nutrition from the vegan diet I was so in love with. I read articles published in scholarly journals describing the impressive effects of a vegan diet on people with cardiovascular concerns, diabetes, and more. Vegetarians live longer – they promised, and so I re-learned how to cook and eat without using animal products.

And I was very happy with the results! The food I made was delicious, and I didn't miss the taste of cheese or meat. My labs were stellar, with cholesterol so low it tripped the marker for “outside of the range of normal” which I perceived as clinical evidence of my moral superiority.

I was pretty much going to live forever.

I started to develop interesting quirks around food. I've always liked to “have” a lot of food – a full pantry, a stocked refrigerator, a snack bar in the glove box for emergencies, but I started to hoard.

When we would travel to Texas, I became consumed with the idea that there would be anything I could eat, so I started hoarding nuts and eating tremendous amounts of hummus to “pre-game” the parties. I would stuff myself out of fear that I would be hungry, or that I wasn't sure where my next meal might come from.

Maybe you're laughing at this – my priveledge is showing, because this was the first time in my life I had ever not felt completely confident that my next meal would appear.

But I kept on.

I started to listen to popular podcasts and read blogs about veganism – the superiority of the diet for the body, the planet, the animals, and only reinforced the absurd boundaries that I had placed upon myself – imprisoned by ideals and with a stubborn enough personality to persist.

I started to believe that what I put in my mouth was an expression of my highest good. “You are what you eat,” as the adage reminded me on a daily basis, and I wanted to be healthy and fertile.

Instead, I was becoming a vegetable.

About a year after I started “trying” to get pregnant, I saw an Ayurvedic practitioner who insisted that I start eating full-fat dairy. Soy and coconut were not going to cut it, I needed animal fat, and if I wouldn't eat meat, it had to come from dairy.

Of course, I knew better.

So I went to see an acupuncturist.

She said the same thing, and in no uncertain terms despite our language barrier.
“No meat?” she asked me.
“No meat” I said.
“Must eat meat. Organs. Eggs.”
“Not a chance.”

Seriously, people, I thought. My labs are excellent. I'm the picture of health. Clearly you need to update your manuals for modern times, what with all we now know about the marvels of veganism.

As a last-ditch effort, I saw a friend from college who is an acupuncturist who was raised in the West. We share a common language, hobbies, and interests, and surely (I thought), this young, vibrant, hip mama would tell me how to use the magic of TCM while on a vegan diet.

“You're going to laugh at what I have to tell you,” she said.

I hadn't told her what anyone else had said, just that I wasn't fully understanding my acupuncturist's recommendations because of the language barrier.

“You MUST eat full fat dairy, starting now. And meat.”

Same thing. Organ meats. Fish. Full fat dairy. All of the things I had trained myself to equate with the word “poison.” I argued with her a little bit, pushing back and touting the bright shiny claims of veganism. And she politely informed me that literally all of my systems were shutting down, as evidenced by my inability to stay awake, my hair loss, my shitty attitude, and the fact that my tongue looked exactly like the poster on her wall – an indication of everything that could possibly be wrong with your tongue at once.

I started to crack.

I walked into Whole Foods and stood in front of the yogurt section. I had made my peace with never again asking a cow for nutritional support, and here I was sheepishly and shamefully stopping where everyone could see me. Where my yoga students could observe my fall from grace. Yogurt, cream, a few other things to try out, and I zipped out of there faster than I've ever skipped through the Feminine Product aisle.

Slowly and with an abundance of resistance I started to incorporate milk into my diet. Cheese, yogurt, butter. I didn't want to admit it, but I felt better. I thought perhaps it was the opiate-like chemicals in dairy products that stimulate the same pathways and create an addictive cycle. But I actually think it was my body saying YES – THANK YOU. WE'VE BEEN TRYING TO TELL YOU.

I'll spare you the additional fertility woes, ensuing divorce, and other belabored topics, and fast forward to the ashram.

Two and a half years into my “fertility journey” I went to an ashram for a spiritual time out. I had blossomed from irritating to irate and my friends were slowly starting to disown me. I simply could NOT force my body to become pregnant, no matter what I did.

The ashram was a positive experience for me, even though I struggled most of the time.

It was vegan, with the addition of butter and yogurt for breakfast. Eggs and meat were strictly prohibited, both on and off site – as in – they send you home if you even look at it.

After the first month, when I had run out of my acupuncture herbs, I saw their resident Ayurvedic practitioner. I was hungry and sleep deprived, like everyone else, but it was a life-changing meeting.

I filled out the forms before our visit and was completely honest about what I normally ate, how I exercised, how I felt, etc. She greeted me after reading through and said she was so happy to see my incredibly healthy and sattvic ways. She mentioned that it would be a special treat for her to work with someone so well-educated and healthy.

And then she looked at my tongue.

Her face fell. She grabbed me by my shoulders and said, “Do not tell anyone I'm telling you this – but you MUST eat meat. As soon as you get home, at minimum three times a week.”

I protested. I had come so far against my morals by eating dairy – yogurt and cream – wasn't that enough? Why did I have to push so hard against my moral superiority and actually take the life of an animal just to be well?

She had compassion, maybe pity. She told me that from the perspective of Ayurveda, we do not incur karma for eating meat when it is used as medicine. That so many of my bodily systems were damaged that it would be a full-time job for me to get healthy enough to ever get pregnant. She gave me a prescription – herbs and practices and dietary rules. Meat or fish at least three times a week, five Tablespoons of ghee and other oils every day, and rest.

It's a process – to backtrack against the Truth you've learned.

To eat your words.

And so I'm sharing this now, because I keep seeing the Moral Superiority of others on social media, spouting nutritional advice and ways of living based on western science, or pseudo-science, or hearsay, or wonderful intentions. Amazon recommended a new book to me called, “How Not to Die,” which is yet another vegan book written by a doctor. It is written with excellent intentions, and while it will not prevent anyone from dying and is therefore inherently false advertising, it may well improve the quality of life and the quality of death of many people.

It may kill others.

When you know better, you do better, and I'm no longer allowing my intellect to kill my body. I acknowledge that what is healthy for one may be toxic for another. That veganism itself is not to blame, ego is. 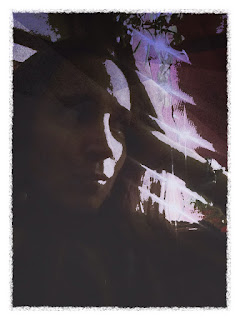