I have a lot of things to do right now. Legitimately, my TO DO list is three columns on one page, nicely separated by section of my life, like a demented pie or one of those plates you give toddlers: sectioned into protein, starch, vegetable.

Right now, I'm not doing any of it. Instead, I'm writing.

Must be a writer thing. 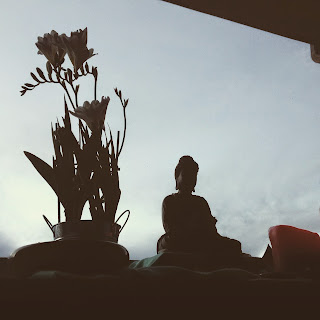 Two weeks ago a dear friend asked me what I would do tomorrow if I knew it were my last day on Earth. After asking her if she was planning to kill me or had secret impending asteroid knowledge, I said there were lots of things on my to do list that would probably never get done. Like “follow up with the HOA to see if they will ever (ever) reimburse me for work I paid for four months ago.”

That's not a way to spend a last day on Earth, is it.

(I still haven't done it yet).

I've tried to nicely section my calendar the way I've sectioned my TO DO lists, with a special brownie slot that's just for me. Some days it works, but more often the peas and potatoes spill into the space where the brownie used to be, because I've given it to someone else.

It's really tempting, and I don't think it's because I'm a woman. I don't believe someone is coercing my dessert away from me, do you? Do I LOOK like someone who will easily let go of the chocolatey goodness that makes the dry potatoes worth the effort?

Yes, of course I do. Or, yes, I have. Some days I split it with a friend, sometimes I give it freely. Others I give out of obligation. And occasionally, as in tonight, I eat it myself.

Sometimes I lead professional development seminars for recent college graduates. I'm not certain that I'm actually qualified for this, because I haven't exactly had the most outwardly-successful career. My financial situation isn't impressive. My personal life has a few hiccups. However, I'm not afraid to tell the truth. I'm not ashamed to say I have no idea what I want to be when I grow up, because I'm not sure when that will be. When I was a kiddo it was easy to look down the barrel of 18, or college graduation, or even 30 and think, “YES, then I will be an adult.” For many years I thought I knew what I wanted. Rich. Successful. Fertile. Partnered. Then I realized each of those things is a cardboard cutout just used for filming the commercial, and that real life offers none of these things.

(except maybe fertile, but work with me here).

I think I'm the right person to talk to recent college graduates not because I have all of the answers, or because I look like the spokesmodel who appears fully satisfied by the kitchen appliance or hair removal system. My qualifications are that I have tried and failed at a lot of things, but that I keep getting up when I get knocked down. Despite my sometimes epic failures, I realize that I'm significantly more fortunate by all measures than just about everyone else on Earth.

Sometimes this bites me in the ass, as it did last week when one of my lovelies may have accidentally brokeninto my house and taken various important things of mine, but most of the time I'm able to go to sleep at night thinking that if THIS were my last day on Earth, I'd rather watch you smile after enjoying a bite of brownie than know I'd kept it entirely to myself.